So I quit my job...again - Yasin F Muhammad Photography

So I quit my job...again

Perhaps to some people it goes without saying, but I’ve found that there exists no cage more profound than the mind. Throughout history an uncountable amount of time has been expended researching and understanding the methods by which the psyche limits, and conversely enables human beings. It’s a worthy field of research; with the mind properly robbed of motivation, an individual can sit in front of the answer to all of life’s problems and still remain virtually blind to the solution.

This has more or less been the story of the interplay between myself, my (former) job as a teacher, and my life as a photographer, an interplay which I’ll explain in the hopes that it allows someone else in a situation akin to my own to make the right decision sooner than I did. 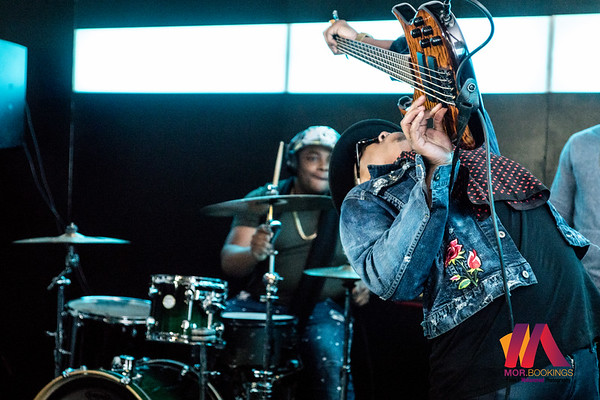 I quit and it was right back to event photography...peachy

I quit my job in the summer of 2016. Before this decision was made, I had spent 4 years of my life working as a teacher of the French language (and occasionally Spanish and Arabic.) When I made the announcement post-graduation ceremony, it didn’t really surprise anyone. I’d been saying for years how I wanted to leave the job, so much so that some of the other teachers had actually started placing bets on when I was actually going to get serious and leave the place. But the summer of 2016 was different, because in summer of 2016, I had discovered that I really could make money doing photography. It definitely wasn’t major money, but I had looked over the numbers, asked myself if it was enough to pay the rent and my expenses, and seeing that it was, made up my mind to finally get out of teaching.

I feel like it goes, without saying, but it wasn’t that I didn’t like teaching, because I definitely did, in fact I still do, but teaching in the school setting just wasn’t high on my list of passions anymore. If you had asked me four years ago, I would’ve told you that I was living my dream, but today, I think you would have to wield a sword over my head before you got me to sign another year long teaching contract. It turns out that dreams change. Not every fantasy you have is worth chasing, and hell for all I know, that could still be the case, as a photographer I could very well be chasing my next ephemeral daydream…but I digress.

Summer 2016 wasn’t easy for me, I had almost no clients in my first two months, but it was: therapeutic, relaxing and in many ways necessary. Even without work, there were these small celebrations going on in my life everyday, as I learned what it meant to set my own schedules, to be in control of my own destiny, and to get around to doing things that I had always genuinely loved with a passion. On top of that, things started to fall into place more. Before I was even really aware of it, I was back to getting booked twice a week, I had new opportunities always on the horizon, and I was preparing to become the photographer for my local school district (an experience which deserves its own post entirely.) Summer 2016 had started off as nothing, and finished off as an amazing success.

It should come as no surprise then that when the school came asking for my return September, that I had a very positive “no” prepared for them as an answer. The thing about schools however is that they’re much more multi-faceted and steeped in the emotions than a lot of other jobs are.
The school, through no error of my own, had failed to find a suitable replacement for me, likely because there wasn’t any singular person they could hire to do all of my jobs (I was working as an IT manager, and a tech repair specialist in addition to a language teacher,) and much more likely was that they hadn’t bothered to look. Whatever the reason, I knew that I had to say no. But as I said, saying “no” to a school is different in a way that I can’t describe. It means saying no to not just the principal, but also to the teachers who are asking you to come back, to the parents who are practically begging you to return, and to the children, the visages of whom guilt trip you without words. Throw in the fact that my mother was always good friends with the school, and the proclivities of my employer to use that leverage against me, and I had somehow let them all convince me that there was a possibility of me being a photographer and a teacher at the same time (spoiler, you can’t.)

With hindsight being 20/20, 360 degree infrared, it’s easy to say to myself that I shouldn’t have ever, under any circumstances accepted that job again. I certainly wouldn’t make a time machine to stop myself from making that decision, but if I did just so happen to have a time machine, I would definitely be entering 8/2016 into the date panel.

For some people, like myself unfortunately, this habit of acquiescing is (or was) a pattern of behavior. Sacrificing your desires for the good of others is a learned behavior. This was especially true with regards to my parents. I stayed in college, despite wanting to literally kill myself at times because my parents assured me that it was the correct thing to do. They tried to infuse me with this very strange idea that somehow my education was worth the most abject misery I had ever felt in my life up until that point. I’ve let people talk me into life scenarios that I know go against my own desires, and I haven’t been at all surprised by the fact that those moment of acquiescence have ended with me being depressed, unable to function and down enough to need professional help on more than one occasion.

The truth I want to communicate to anyone who happens to read this, and to reiterate it to myself, for all the moments I will inevitably struggle with this again, is that you must never be afraid to tell anyone, or any circumstance “no” in the harshest way, in order to continue going after what you’re searching for. Everyone thinks they know what’s good for you, what’s bad for you and where you need to end up in life, but the reality is this: You are the only person who at the end of the day is responsible for living with your life decisions.
Your well-meaning friend at work doesn’t have to live in the reality created by any of the decisions that result from her advice, neither do your parents, or your guidance counselor, your pastor, or whoever is the cautionary figure in your life. The only one who will deal with your failures in life is you, and the same is true of your successes, the same is true of all the dreams you don’t pursue with all your might. In my case, the result was this, a reality in which in order to avoid saying no to the teachers, and parents, and children, I said no to my growing success in photography, a field I wanted to excel in more than anything.

It was another 7 months until I got myself together enough to just quit in the middle of the school year. Smarter me wishes I had quit in December. The me writing this blog, feels more regret than anything for having EVER accepted the job again. Because you would think, that setting myself free again for a second time, would feel rewarding, like an extra, although superfluous jaunt around the jailhouse courtyard one more time before you leave the front doors, but it’s more so the feeling of fucking it up on your first attempt to exit having served your sentence, wondering for a minute if you’re not just meant to spend the rest of your life here, if freedom is somehow too high an honor for you, and if you wouldn’t be better served by the consistency and safety that the barred cells and the existence of a routine present you.

I lost almost all of the clients that I gained in the 7 months I spent trying to be both a photographer and a teacher. There were some people who didn’t even know that I was doing both, and are finding out right now why it was so hard to get a hold of me some days, others, why they couldn’t get at me some nights.

I now have a huge task ahead of me, the task of finding out whether or not I can get it all back. I didn’t quit this year the same way I did Summer of 2016. Back then I quit gracefully, with a plan, with a fallback and with prospects aligned. This time I quit because I couldn’t take it. I quit as a broken down, terrible mess, with no active clients, and nothing to look forward to.

Now, It’s time to put the words of my previously more cocky self to the test: “I can always make money so long as I have a camera in my hands!”

I sure hope that I was right